The company operated its own Cadet Department to train the Deck, Engineer, Purser, and Catering officers of the future. There was a cadet training ship, and Elder Dempster Lines was the first British shipping company to open a purpose-built cadet residential establishment.

The Obuasi and the Fourah Bay were the two main training ships of Elder Dempster Lines, their deck crews (with the exception of the Bosun and the Carpenter) replaced by Deck Cadets.

The Obuasi (7,000 dwt), built by Harland and Wolff in Belfast, became the first training ship in August 1953. Initially there was accommodation for 18 Deck Cadets and later this was increased to 20. 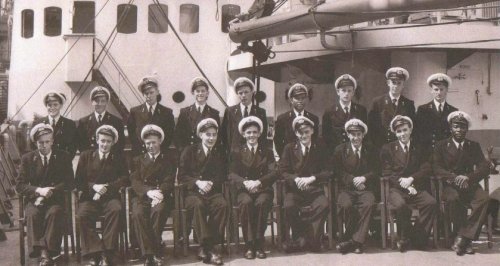 From the summer of 1969 the Onitsha (7,000 dwt), built by Harland and Wolff in Belfast, became the training ship, but in a more limited capacity and with accommodation for up to 12 Deck Cadets.

Deck Cadets did not just sail on the cadet ship, and were crewed across all ships of the fleet, progressing to Cadet Officers. With the increasing number of cadets from African countries the Sulima (6,500 dwt) had also been converted as a cadet ship in 1959.

The "FB" was well named for its rôle as cadet ship and owed something to history; Fourah Bay College in Sierra Leone being established in 1827 (the College was affiliated to Durham University in 1876 and became part of the University of Sierra Leone in 1966). 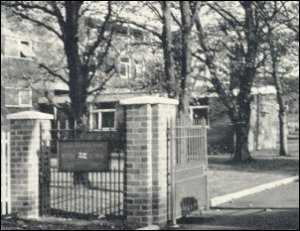 The Cadet Department in the 1960s was a substantial and coordinated programme, one of the intentions being for cadets of all branches to work together from the start of their careers. In October 1962 the company opened River House on Riversdale Road, a modern residential campus for 90 cadets in the south of Liverpool which provided a comprehensive base for Deck, Engineer, Purser, and Catering cadets.

Changes followed after Ocean Steam Ship Company became the owners of Elder Dempster Lines. Blue Funnel had established a training and residential school for Midshipmen and Engineer cadets adjacent to River House and this was integrated with River House, the new organization becoming Ocean Fleets Training Establishment. This was extended in 1975 with the addition of a new wing of accommodation. In 1981 the bulk of the buildings were leased to Liverpool City Council, and the Training Establishment was finally disbanded in December 1986. The area subsequently saw housing developments and the demolition of the site. The company issued a cadet recruitment brochure in 1965 which, despite its rather uninspiring cover photograph (greeted with general derision, popular opinion being that the intention had been for the dramatic image appearing on the back cover - and shown above - to be the one on the front), gave a good indication of the careers and training offered, together with the size of Elder Dempster Lines and its shipping routes.

Details of recruitment of Cadets into the Deck, Engineer, and Purser departments of Elder Dempster Lines appeared in The Directory of Opportunities for School Leavers, published in 1963. For some it was the route to the company. 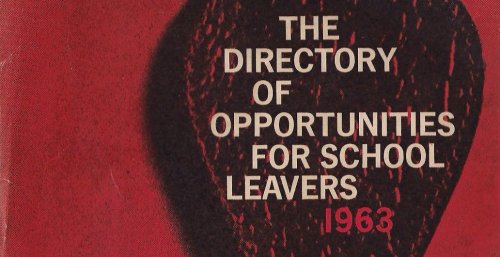 There was not always a consistency in terminology for cadets.

In the case of Deck Cadets the title of Apprentice was still widely used, and Apprentice and Midshipman often seemed interchangeable. In 1965 a new rank of Cadet Officer was introduced, standing between the existing Midshipman and 3rd Officer ranks.

Engineer Cadets were usually referred to as Cadet Engineers, tyro Chief Stewards were Cadet Catering Officers (although the title was not widely used and the term Catering Cadets not encouraged), and Cadet Pursers were Cadet Pursers in preference to Purser Cadets.

A summary of training for Midshipmen was set out in the Elder Dempster Lines Notices to Masters, and is available here in PDF format. (The Adobe Reader software that will open PDF files can be downloaded free from the Adobe website).

Although Deck and Engineer cadets had formalised training schemes, multi-branch training with other cadets was not always practicable for Cadet Pursers. For them, training was generally undertaken at sea to gain experience at first hand, and to learn the skills to succesfully navigate manifests and bills of lading, prepare discrepancy lists and outturn reports, produce accurate through portage bills, use log conversion tables, ensure a smooth transit with port authorities, and learn to negotiate the vertical ladders down the hatches into the tweendecks and lower holds.

Often an Assistant Purser or Purser was accompanied by a Cadet on the cargo ships and on the mailboats two Cadet Pursers would be carried, where other (more social) skills would be required.

Before their first trip Cadet Pursers had a time working alongside tally clerks on the docks in Liverpool to learn something of the hidden mysteries of tallying and getting a general grasp of the principles of cargo handling. There was also a short introduction to typing at Skerry’s Commercial College.

During the time that the Obuasi was the Elder Dempster Lines Cadet Training Ship,
the deck cadets adopted this original (if highly unofficial) flag as their own.